If anyone is tight with Mr. Uncle Sam, tell him to get that pen ready cause the OFB household getting paiiidddd. In other, more mundane terms, we overpaid our federal income taxes this year and the government is going to issue us a refund via direct deposit. So while we will indeed be making it rain, that evaporated water has really always been ours. But that sure doesn’t change the fact that it’s awesome! The only thing holding us up are a few MIA W2’s, a few hours sitting Indian style on the floor surrounded by mountains of papers, and a Diet Coke or seven.

We’ve got a post coming on why we choose to maximize our tax refund, but regardless, we treat refunds like an extra pay day. Whether you planned to get a refund or it came as a glorious, government-delivered surprise, it’s money that you didn’t have the day before. So what’s a responsible person supposed to do with that money (other than buying a LEGO Volkswagen Camper — okay, Joanna said don’t do this)? Here are a few things we’ve considered:

What better way to use your (mostly) unplanned windfall than beating the crap out of your Debt Monster. It’s always a beautiful thing to throw a good chunk of cash at your debt and trim your debt repayment plan down a month or more. While it’s not the most exciting way to use your refund, it’s one of the smartest, most predictable “investments” you can make with your extra dough.

Do you currently have a 1-month emergency fund? Make it 2! Trying to up your 4-month stash? Make it 6! Saving for an emergency fund is one of the least un-fun things I can think about, but it’s one of the most important financial decisions you could make. Heaven forbid some terrible emergency happens in your life, all of that hard work you’ve been focusing on paying off your debt, investing for retirement, etc. will all be for naught when your back’s against the wall. Create a moat around your financial fortress. That last sentence is literally the worst thing I’ve ever written on this blog.

The 529 has experienced some serious drama the last few weeks. We started the year planning on dumping more money into a 529. And then a couple weeks later, President Obama said, “Nuh-uh — no more tax savings for you 529’ers!” And then last week, President Obama was like, “J/K, guys. Keep your 529s.” So if you’ve been thinking about starting to put some money away for your kids’ education, stop thinking and start (or add another contribution to) a 529.

A few weeks before we found out we’d be moving to NYC, we decided we were going to sell our Corolla and use that cash PLUS our tax refund to upgrade to something a little more spacious. After much persuasion, we even spent some time looking at a few minivan options that didn’t initiate Joanna’s gag reflex. One was the Mazda 5, shown here: 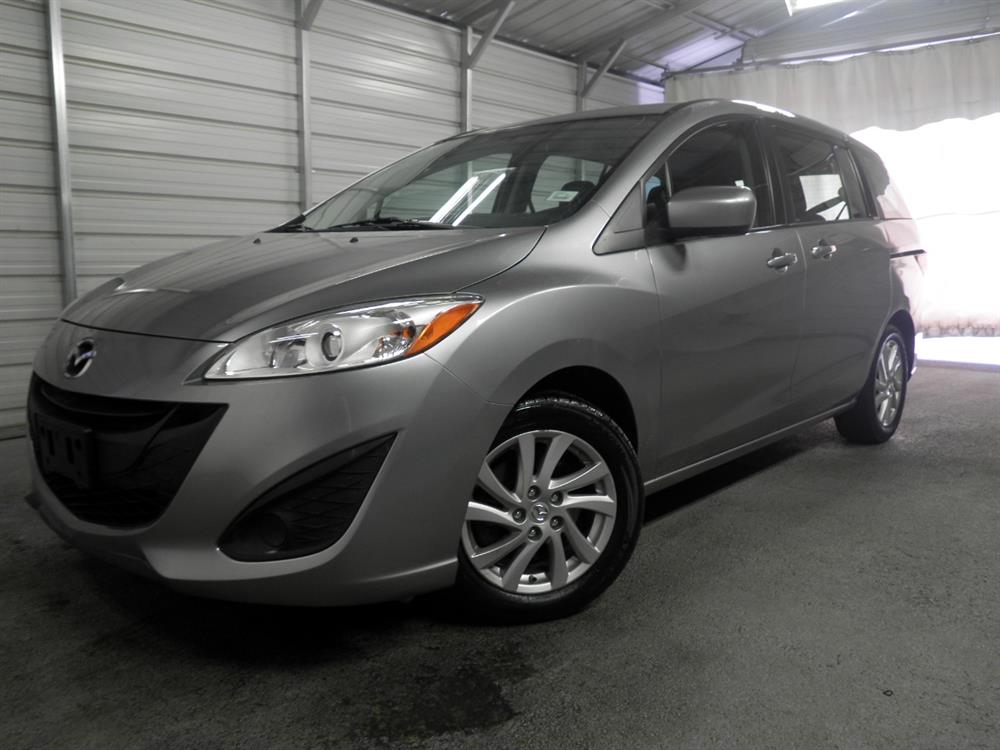 And then that whole moving-to-NYC thing happened, so it will probably take me months of minivan-brainwashing again. But if you’ve been stashing away money for a car fund, pump it with refund-steroids. You know how we feel about buying used, so take a stroll through DriveTime’s used car search, and use your federal payday to help your ride situation.

Put It to Work in an IRA

If you’re looking for another vehicle (ba-dump-ching) for retirement savings this year, a traditional IRA might be a nice option. Not only will your money be working for you toward retirement investing, but you’ll also be able to deduct your IRA contributions from next year’s taxes. Which might mean a refund for next year. Which might mean more IRA money the year after that. Which might mean…

Hey, remember how other folks and causes need money, too? Well they do. And if you can help yourself in the process, too, well that just takes the cake. If you’re on the fence about giving to charity or knowing how much to give, just remember that your charitable contributions are tax deductible as well (if you don’t use the standard deduction). And it doesn’t just have to be monetary… if you have a spouse who purges the house every few months (like Joanna does) and takes it all to the local thrift store, don’t forget to get a donation slip for your tax records.

We don’t suggest using your entire tax refund on whatever your heart desires, but we think a well-earned splurge is healthy from time to time. While most of ours will be going straight to a 529, we plan to use at least some of it for some long-time-coming “needs” (aka, wants) we haven’t been able to justify up until now.

We all have a few weeks before the refunds start rolling in, so start deciding now.

This is a sponsored conversation written by us on behalf of DriveTime. All opinions came straight from our own noggins, not some robot’s.