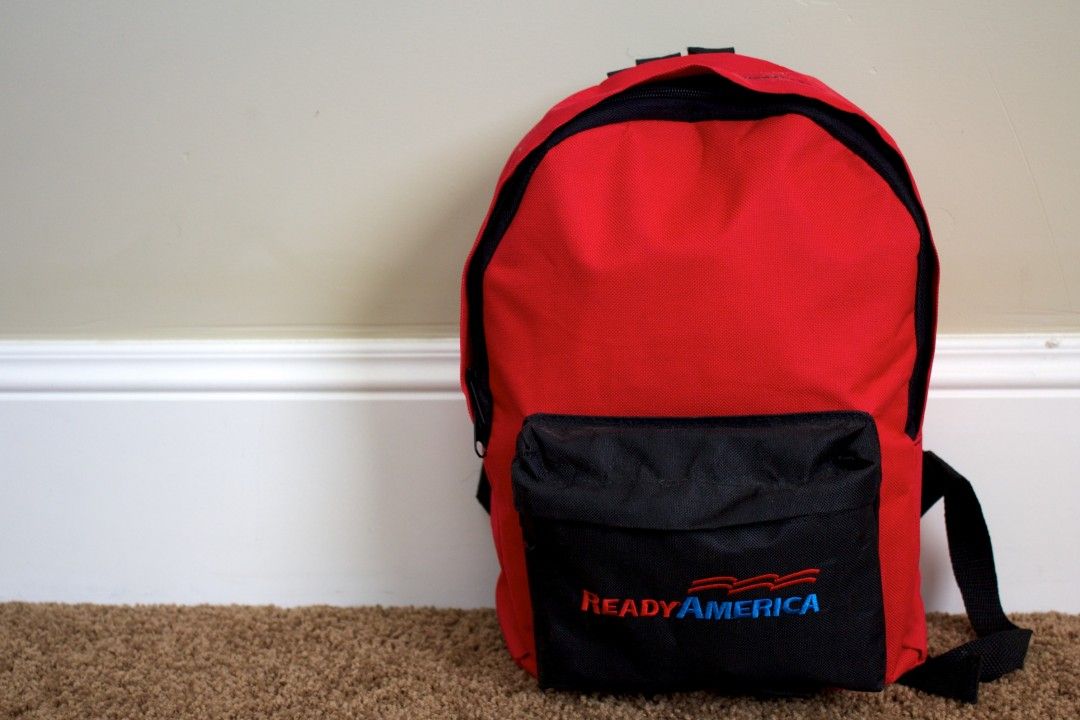 Before I say anything else, I just have to tell you that we’ve been reading your comments on the last few posts, and we plan to respond to all of them this weekend. This has been one of those pull-your-hair-out kind of weeks, and we’ve gotten behind on a lot of stuff.

One thing I’m happy to report progress on, though, is our plan to get prepared this month! I’ve gone grocery shopping a couple of times already this month, and each time I’ve grabbed items here and there. But before I show you what I’ve bought, I wanted to show you what we’d already squirreled away before this month began. And before you get impressed (which you probably weren’t going to anyway), I should warn you that it took us three years (!) to compile this stuff.

A. Ready America Grab-‘n-Go Emergency Kit ($39): We got this handy everything-fits-in-a-backpack kit a few years ago during our stint of big-city-small-living. It contains everything you need for three days: water, food, first-aid kid, emergency blankets, light sticks, ponchos, and a mask and gloves. This was our very first preparedness purchase. It only covers two people, so we’ll probably want to upgrade this as some point (to something like this one) since Sally can basically eat for two people when she’s hungry. I kid, I kid… not really.

B. Fire Starter ($12): So all of the items in this picture somehow fit nicely in the front pocket of the backpack. Everything pictured here came WITH the backpack kit except the Bear Grylls fire starter and the medicine bottle, which we’ve filled with emergency cash (not to be confused with our emergency fund). Johnny bought this fire starter a few years ago when he was on a Bear Grylls worshipping kick. But then he found out his show was fake, and it’s never been the same.

C. Etón Solar-Powered Radio, Flashlight, and Cell Phone Charger ($30): Johnny thought this would be a nifty little gadget to own, and I agree. It’s Red Cross approved and includes a solar-powered radio, crank-powered flashlight, and a cell phone charger. If the power ever goes out for a few days (which could very well happen if a blizzard or other weather-related event struck), we’ll be happy we have this guy.

D. Lifestraw Personal Water Filter ($20): This is my favorite gadget we own, probably because I bought it and gave it to Johnny in his stocking last year (he totally geeked out). This baby filters up to 1000 liters of water. And, as you might have guessed, you just suck the water up through it like a straw. Any water you can find anywhere is suddenly drinkable. Johnny and I want to go on a backpacking adventure just so we can put it to good use. Of course, that would require us owning backpacking gear, which we don’t. Yet.

S0 that’s how we fared before our preparedness month started. Not awful, but definitely in need of improvement. If a blizzard or earthquake hit or if we were cast for The Walking Dead, I really doubt the bricks labeled “food” in that backpack would sound very appetizing. We know we have a ways to go before we appear on any of those “prepper” shows (which is absolutely not a goal of ours), but we feel like we’re off to an okay start for two fairly rational, pragmatic folks.

Next week I’ll give an update on what we’ve purchased this month and how our budget is faring because of it. Anyone feeling the preparedness itch now? 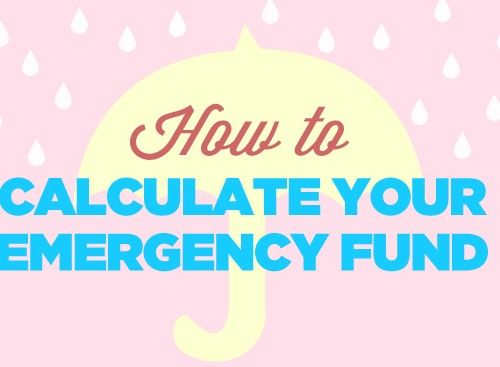 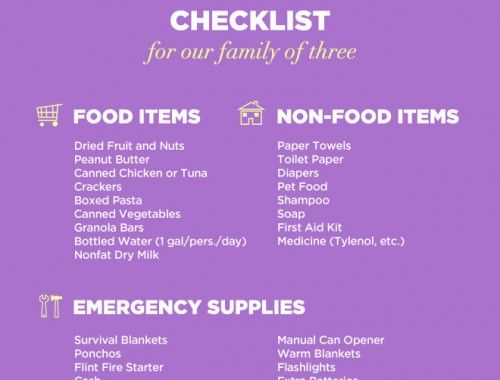 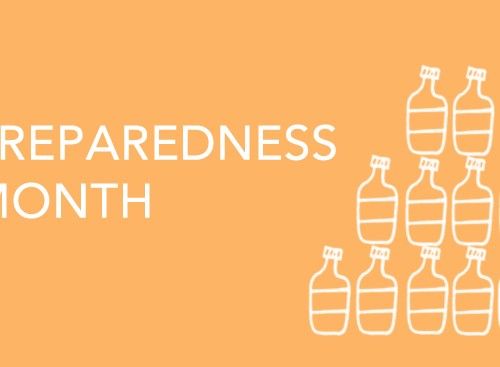