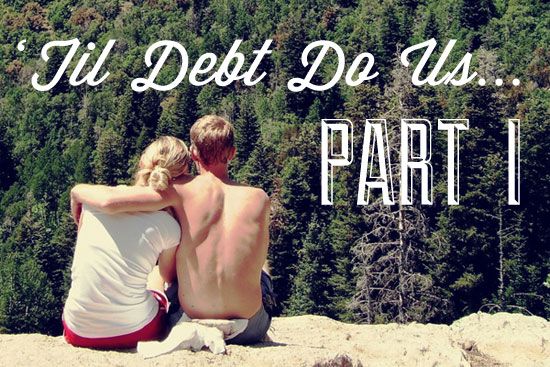 This is the first installment of a three part series of our get-out-of-debt story. What you are about to read may frighten small children and animals. Viewer discretion is advised.

Can I get some funky bass and cymbals, please?

Now this is the story all about how
Our life got flipped, turned upside down
And I’d like to take a minute, just sit right there
I’ll tell you how we became the debtors of a town called Desp-air

I wish ours was the story of Mr. Fresh Prince: a rags to riches tale featuring a cousin named Carlton. While we’ve worn our fair share of rags (like that middle school gym shirt that magically escapes the giveaway pile every year), we’ve still got a long way to go to reach them riches. And that’s just fine.

Our journey through the Debt Kingdom all started on a cool, October night. I was conveniently assigned a meteor counting assignment for my astronomy class the week after I met a cute girl at my apartment complex. She took a chance and correctly assessed the non-serial-killer-ness in me. We’ve been inseparable ever since.

After six months of dating, ring shopping was in order. And that’s where I first met… the Debt Monster. At the ripe age of 21 (yes, we were young, naive, blah blah), there wasn’t a whole lot of money in my student checking account. But payday was just around the corner from my web design (read: being nerdy) job at my apartment complex. So I jumped on my computer, browsed through a bunch of student credit cards, and ultimately chose the one that had the coolest looking design on the front. It was a Citi MTVu credit card (recently replaced by the Citi Forward card) with a $2000 credit limit, 0% APR for 12 months, and my freaking name on the front. This wasn’t one of those flat, fake, gimmicky cards that credit card companies send that you’d put in your wallet because it made you feel cool… oh, that was just me? Cool.

After doing some homework on the 4 Cs of diamond shopping, I equipped myself with my newfound plastic confidence booster and drove down to a local jeweler. I found a ring, a rock, and a price that was just scratching my credit ceiling. I shopped around, brought my sister for female approval, and swiped that card proudly. This was what being an adult felt like, right? But that feeling wore off quickly as an unfamiliar uneasiness grew. So within a couple weeks of purchasing the ring, I cashed my outstanding paycheck and promptly paid down my credit card debt. Ahhhh, much better.

But the Debt Monster wasn’t done with us. A few weeks after our engagement, Joanna asked to have a heart-to-heart with me. I was terrified her beer goggles had finally worn off and she was calling the whole thing off. So when she told me she’d be bringing thousands of dollars of student loan debt to the marriage altar, I was relieved. By no fault of her own, Joanna couldn’t cover tuition and had taken out loans every semester of college. And since I was fortunate enough to avoid that, I felt confident we could shoulder that burden together. On a 98º, 100% humidity, June day in Birmingham, Alabama (take note: this is a bad idea), we officially became a Mr. and Mrs. After the newlywed stimulus of Target gift cards had subsided, we settled into normal living. We paid our  bills, pulled many an all-nighter to finish writing term papers, and regularly made Del Taco runs for 39¢ Taco Tuesday (which years later I found out Joanna actually dreaded… lame). And since interest hadn’t kicked in on the student loans, that debt wasn’t anywhere close to being on our radar.

The Debt Monster waited until my senior year to rear his ugly head again. I was finishing my degree in Advertising and the recession was in full effect. Finding a job was as easy as finding a can of Crystal Pepsi, so internships were highly coveted. Fortunately, I was able to land an internship in New York City in the spring and another internship in Los Angeles in the summer. Unfortunately, both internships were unpaid and in two of the most expensive cities in the country. And that meant returning to face the Debt Monster and reach deep into his bottomless pit of a stomach. But more importantly, it was our final encounter (fingers crossed) with debt. 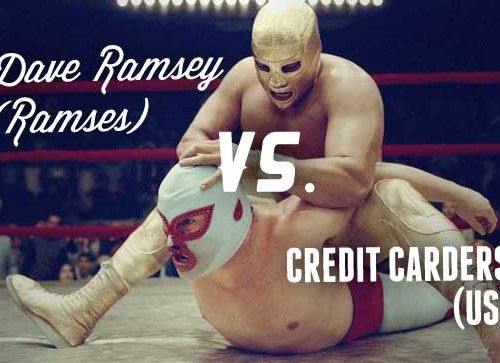 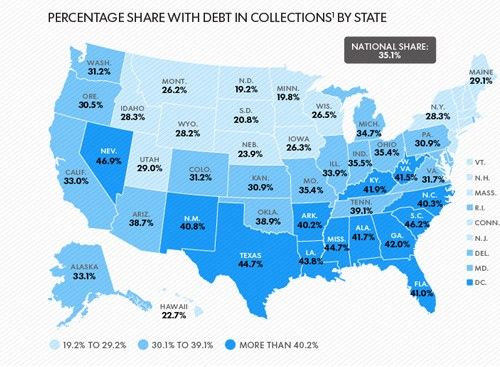 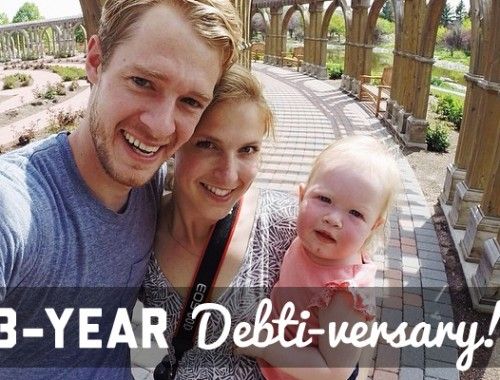