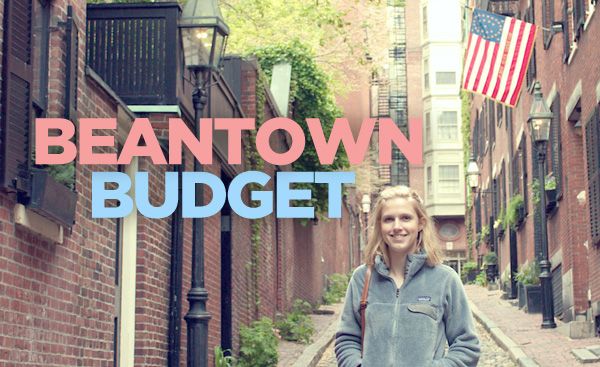 After living in New York City for a couple years, Johnny and I took the leap to another big city: Boston. We thought we had a pretty good grasp on city living after our time spent in New York, but Boston proved to be nothing like New York City. While New York has its skyscrapers, Boston has its perfectly preserved historical landmarks and buildings. Boston is a small city that you can walk in just a couple hours. And while neighborhoods in Manhattan tend to bleed into each other, each Boston neighborhood is very distinct and separate. And although Boston doesn’t have the endless excitement of NYC, it is overflowing with charm. These two cities are so different that you can’t really even compare them. And if you asked me which I liked better, I’d say just that.

So how did our expenses change from New York City to Boston? Well, we were still paying off our debt, so our budget had to stay the same, but we did arrange some expenses in Boston a tad differently.

Rent is Boston proper is almost on par with New York City in price, although we paid a couple hundred dollars less than NYC. $1500 got us a 450-square-foot apartment in a safe neighborhood. The apartment was super old and had no modern amenities such as a dishwasher or laundry, but it was charming. We lived in the North End, which is Boston’s Italian district. It had amazing Italian food and legit mafia dudes. Unlike NYC, most of the apartment buildings were family-owned, and ours was no exception. When we were signing our lease, which had a “no pets” clause, our landlord asked me if we had a “caaa.” I thought he had somehow sensed that we were going to bring a cat into his building but realized at the last minute that he was asking if we had a car. The North End has a very small-town, local feel, and we very quickly got used to hearing thick Boston accents.

We spent about $50 more on groceries in Boston than in NYC because grocery shopping was very expensive and very inconvenient. Our neighborhood had local grocers and butchers that were charming but outrageously expensive. For instance, our yearly Valentine roast cost me $30 last year (and was only $11 this year). My only non-local grocer was Whole Foods, which was a mile away. A delivery service was the cheapest option like it was in NYC, so we ended up getting most of our groceries that way.

Like our time in NYC, we rarely ate out in Boston. We did takeout once a week, and every other month or so we tried out the local Italian restaurants in our neighborhood (one word: Mmmmmm). We also regularly ate lunch at the greasiest, dirtiest hole-in-the-wall burger place in our neighborhood. It had super delicious, cheap burgers and fries. We were almost certain the guys who ran it were tied to the mafia and that their cash-only sandwich shop was likely just a shell for money laundering. That suspicion was pretty much confirmed when the highest ranking mob boss on the East Coast was arrested just two doors down from their little restaurant.

Because of how much smaller Boston is than NYC, you neither need a car nor public transportation. We walked EVERYWHERE. The only times we used the subway were when we wanted to go to Harvard and pretend to be uber-smart college students. Just kidding. We never did this. Okay, I did this once with my little sister. But really, we used the subway once a week tops. We saved big time on transportation while living in Bahston.

We didn’t have our own washer and dryer, but we did have paid laundry in our building’s basement. The prices were about half of the price of NYC laundry, so we were able to save $15-$20/month on laundry. Every little bit makes a difference, amiright?

We barely spent any money on entertainment simply because we were paying off our school loans so aggressively. Instead we took night walks along the harbor and attended concerts every couple months. Nothing like going to a concert at a venue located in between MIT and Harvard and hearing two guys behind you discussing algorithms the whole time. True story. On the rare occasion (only one occasion) that we saw a movie in theaters, it cost $11.50 per ticket.

After living in Boston for just a couple months, we finished paying off our school loans and became debt free. While it lacked the in-your-face excitement of New York City, Boston was beautiful, and we loved our time there. Like any city, it was very expensive, but our Boston living reaffirmed that city life is possible and enjoyable on a budget! And although our budget kept us from becoming well-versed in all of Boston’s restaurants, we still got to know the city in other ways. Our best memories were based on our time spent together, not our money spent together.

Have you been to Boston or ever lived there? Do you have a particular city you hope to live in someday? Do you think city expenses are worth the excitement of city life? 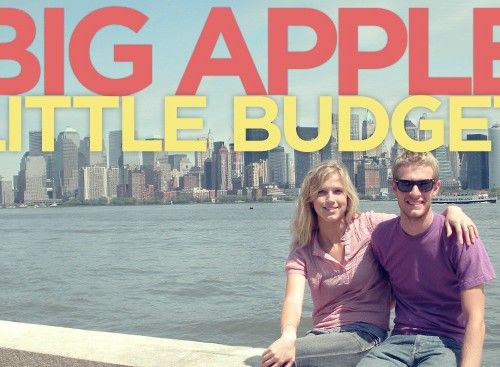