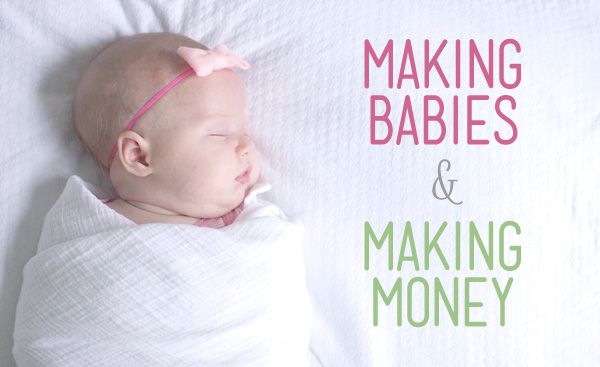 We’ve learned a lot since having a baby. We tried to prepare financially, but some stuff you can’t really learn until you’re in the thick of it. Johnny and I have written about how we got lucky and had a $0 baby at the hospital. Woo! When we were first thinking about starting a family, we had no idea that we’d someday have insurance that would cover our labor and delivery hospital bills. So back in 2010, I signed up for supplemental insurance through my work to try to prepare for those hospital expenses. The insurance worked in such a way that it would give me a payout once I gave birth. Until I had a baby, though, I would be paying $80/month for this supplemental coverage.

Johnny and I thought we’d probably start a family pretty soon after I signed up for my supplemental insurance (which was through Aflac), but the timeline kept getting pushed back for one reason or another. However, I didn’t want to cancel my policy because we’d already spent hundreds on it, and I was sure we’d start a family sooner or later. Finally in April 2012, I got pregnant with Baby Girl. As we’ve documented on this blog, once I got pregnant, we started making sure all our financial ducks were in a row (Aflaaaaaaaaaaaaac!). That included looking into my policy I’d now held for almost two years. I researched how to file a claim, but I never got around to figuring out how much the payout would be after I gave birth.

After Baby Girl was born in January, it came time to file my claim with Aflac. At this point I read through my policy and concluded that the payout would probably be about $1700 tops. I told Johnny this and we were both disappointed because, after 2.5 years of paying $80/month, I’d spent $2400 on the policy. So it looked like we were going to lose $700. BUMMER. But a payout is a payout, and I decided I would just cancel my policy as soon as I filed my claim and try to enjoy the $1700 I hoped we’d get.

Nope, not a typo! So even though we didn’t end up having a baby as soon as we were planning, I still ended up making a profit off my supplemental insurance! I put $2400 in and got $4100 out, which equaled $1700 in profits, or an almost 70% return on my investment!

Here are the policies I was enrolled in:

*I’m listing the number of units I had for each policy, but I’m not even sure of the relevance of those numbers 🙂

Needless to say, Johnny and I are quite pleased with the money we made from having supplemental insurance for my hospital stay! And think if we had gotten pregnant with Baby Girl just a few months after getting that policy! We would have had a 100%+ return!! Nuts. So what financial lesson did I learn from this? I admit I should have looked closer into my policy and known what the payout would be from day one. I’d heard good things about Aflac’s pregnancy payouts, so I’d signed up on a whim, which I don’t recommend doing. I should have researched it more. That said, my little experiment turned out great in the end, so no harm done!

Has anyone else had supplemental coverage during a hospital stay? Were you happy with the payout? Would you think less of me if I’d titled this post “How to Monetize Your Baby”?

By the way, this post is NOT sponsored by Aflac. In fact, I’m not sure they’d be thrilled with me sharing how much bank we made off of them. 🙂

UPDATE (12/2013): Since the publishing of this post, it appears Aflac has changed some of the policies that we mentioned above. We remain grandfathered into our old policy, but read your own policy documents carefully and ask your insurance agent specific questions as it relates to your own planned (or unplanned) pregnancy. Cool? Cool. 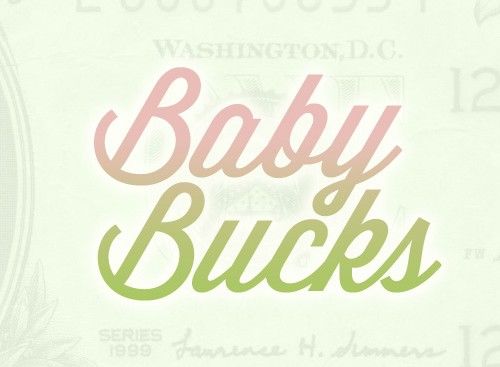