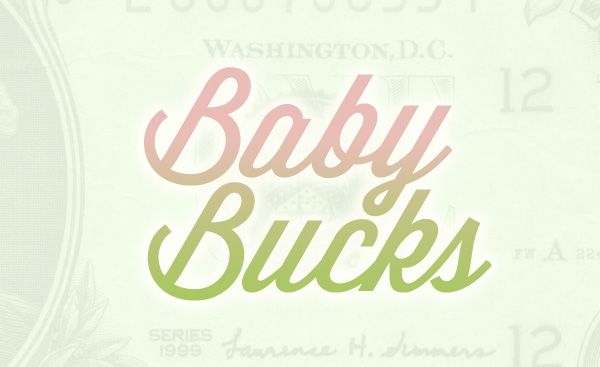 Well, as of last night, we’ve installed a gate at the top of our stairs. And we’ve rearranged the living room so that it’s officially baby proof(ish). Our little ten-month-old is t-r-o-u-b-l-e. Our only saving grace is that she seems to have no intention of learning to walk yet, which means she can only wreak havoc with one hand, as she steadies herself on furniture with the other hand.

Our girl is a daddy’s girl these days. She squeals with excitement when Johnny gets home from work and won’t let him put her down for the most of the night. She’s also “talking” nonstop and tries to sing by going, “Ahhhhhhhhhh” in a sweet, soft voice for as long as she can. We’re always singing (badly, I might add) around the house, and it seems she’s caught on. Simply put, more than ever, our girl seems less like a baby and more like a grown up. We’re feeling bittersweet about it the whole thing.

Our girl’s food and diaper budget has been pretty consistent the past few months. We spent about $50 on food and $40 on diapers and wipes. I’ve started buying some of her pre-made food in bulk from Amazon, so it should (hopefully) even itself out next month. In the past month, our girl has grown six teeth (all at once!), so I’m able to give her more non-mushy food than I did before. Johnny also introduced her to cookies one night, which, as you can imagine, has made her a little less excited about eating Cheerios.

We went a little crazy with clothing last month. Johnny’s grandma gifted Baby Girl with $100 in spending money, so we spent every bit on clothes. We also splurged on a warm winter coat ($35 on sale) and a hat and mittens  ($7 on sale). Utah winters ain’t no joke. I don’t think we’ll be buying her any more clothes anytime soon, but Santa might not be able to resist bringing her a few more :). Now that she’s up and moving around, she’s just so fun to dress up! We also spent $6 on infant Tylenol (thanks to those new teeth) and $10 on a new baby thermometer. So the grand total spent last month on our little gal? $248 (though $100 of it was gifted).

And now for some pictures! As our girl becomes more mobile, it’s becoming impossible to get her to hold still! For the been-there-done-that crowd, does this sound pretty typical? How do we relate and differ? At what point did you give up on keeping your baby clean during dinner? 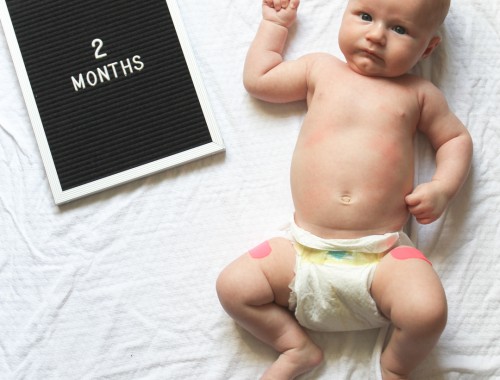