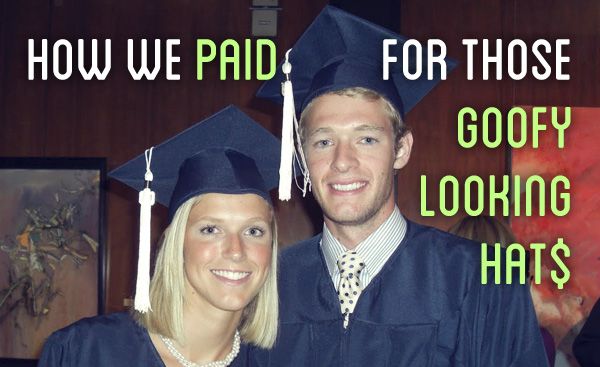 Even though it’s another 18 years down the road, Johnny and I have started to think about college tuition for Baby Girl. It’s never too early to start preparing… right? (Please say yes.) Depending on where she goes to college, Baby Girl’s tuition costs could range from tens to hundreds of thousands of dollars.

So we’ve been contemplating how much money we should start setting aside in a 529 plan. Johnny and I have spent hours discussing how we’ll approach our kids’ tuition, and I’ll outline our options in tomorrow’s post. But first I want to talk about our own college experience since it has affected our thoughts on the matter.

If you’ve read our debt story, then you know that Johnny and I left college with $20,000 in school debt. Most of that debt was mine, which Johnny found out about as soon as we got engaged.

Johnny: “Joanna, will you marry me?”

Well, no, it wasn’t quite like that. I waited a few days to tell him, but you get the idea. But let me explain.

I started college with a partial scholarship, but the rest of my expenses had to be covered by loans. While every family approaches college costs differently, mine expected each child to pay their own way. No one had explained the loan process to me, and out of necessity I figured out how to take out my first loan as a barely 18-year-old. I only qualified for unsubsidized loans (loans that start to accrue interest immediately). I also got a job as a grill cook in a restaurant on campus. Thanks to that gig, I can now cook a mean reuben sandwich. It was my first real job (excluding my go-to neighborhood babysitter role in high school), and I used that income and my loans to cover all of my expenses. And until Johnny and I met and got married, that’s how it went: I worked and took out loans to cover my college costs.

Johnny was fortunate enough to not have any school loans when we got married. His parents had helped him through the process of getting financial aid in the form of Pell grants. He was covering the rest of his expenses by working in the office of our apartment building. He checked me in on my move-in day, which I remember but he doesn’t. In true Johnny form, he told me not to lick the walls because they had been painted with lead paint at some point. But I digress. Money was tight for him, but he found a way to make it work.

Once we got married, though, we were both 100% in charge of supporting ourselves through the rest of our schooling. We were able to get Pell grants (insert hallelujah chorus), which meant not adding to our debt. We also took out subsidized loans to pay off my unsubsidized loans. But the summer before our last semester of school, Johnny had the opportunity to intern in both New York City and Los Angeles. And despite Johnny getting a scholarship, we took out another $7,000 in loans in order to cover the costs of living in both cities.

That brought the grand total to $20,000 in school loans by the time we graduated. The damage could have been a lot more significant if it weren’t for the fact that our tuition was a paltry (compared to most schools) $2000/semester.

By paying for our own schooling, we learned a lot about saving, budgeting, working hard, and not taking a cent for granted. But we probably also missed out on some experiences. We were perhaps more stressed out than a college student who didn’t have to focus on finances. I couldn’t justify going into more debt for a study abroad program, and I couldn’t focus solely on my academics. As a result, my grades suffered when I was especially strapped for cash.

But in the end, it all worked out great, and because of everything we learned, I don’t think Johnny and I would have had it any other way. But would we have it any other way for our own children? That’s what we’ll discuss tomorrow!

What were your college finances like? From where or whom did you receive financial backing? OR, did you skip college for another route altogether? 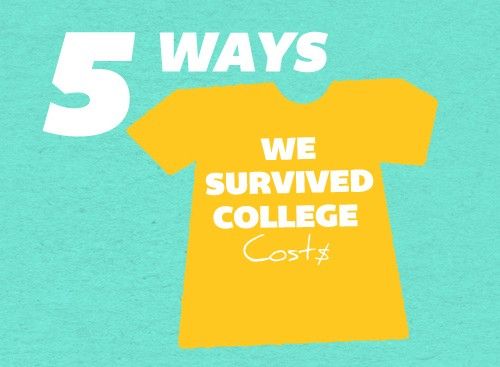 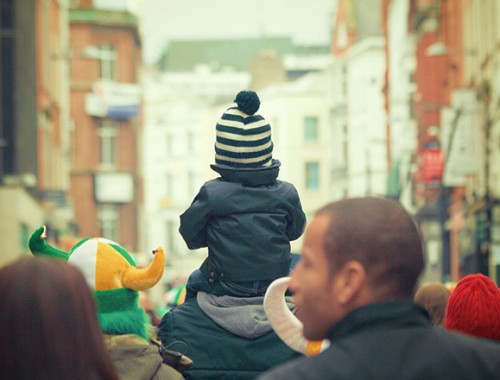 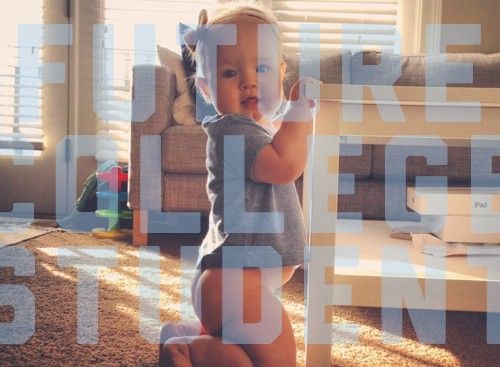