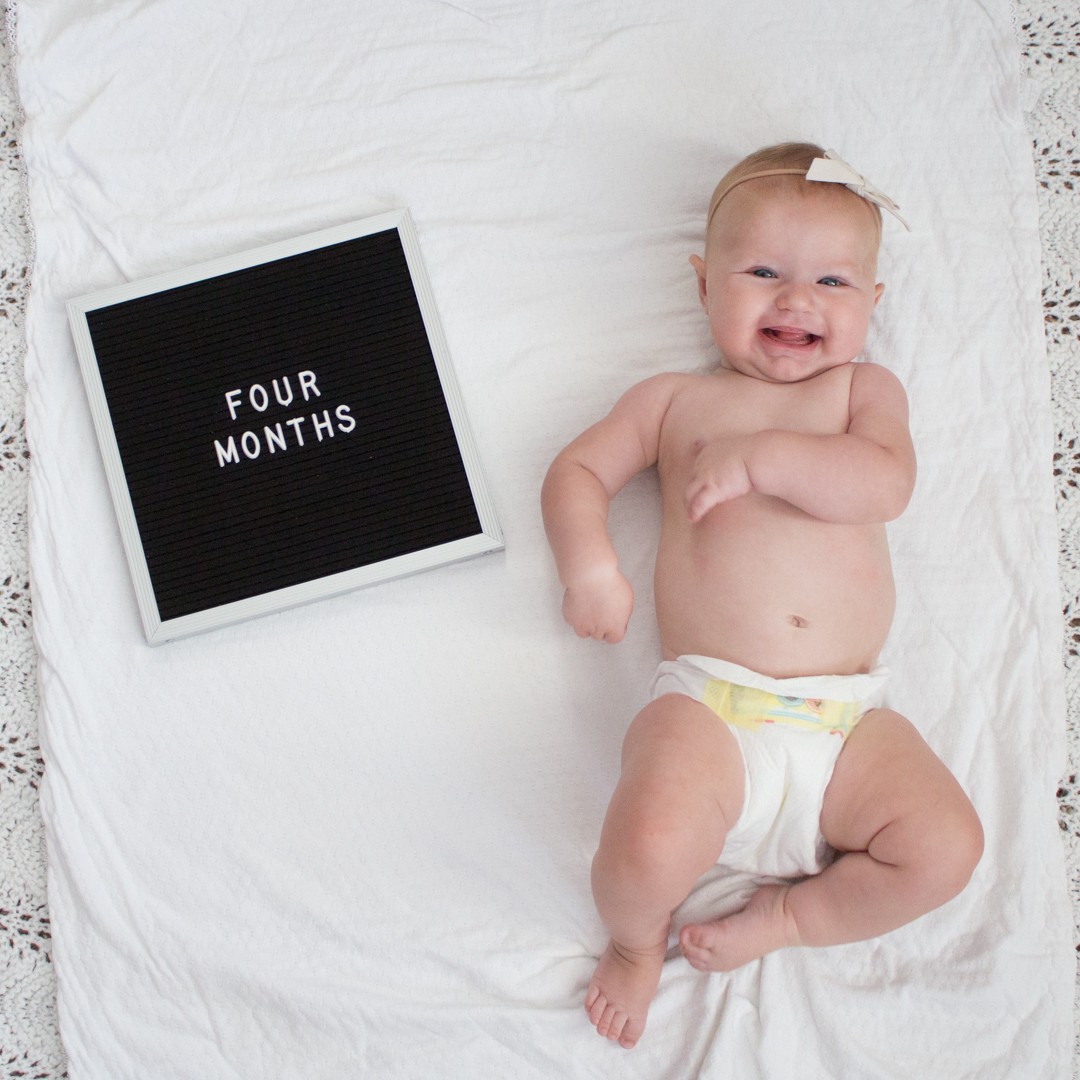 With all the craziness of moving, we just about forgot that little Wynn turned four months old! I remember keeping track of Sally’s age week by week for almost the entire first year, but that’s already long gone for poor Wynn. But she does get one post a month dedicated just to her, so hopefully our second child isn’t being too neglected!

Babies just get more fun each and every month the first year. Wynn loves being a part of the action at home, so aware of every little movement or sound in the room she’s in. Nothing makes her smile or laugh more easily than her big sister, Sally. She especially thinks sneezing is worth a giggle, so we all fake sneeze for her several times a day. Winnie is also a little mover now! She loves splashing in her seat in the tub and rolling onto her belly anytime we lay her on the floor. She’s also constantly covered in slobber, trying to eat her fists and feet and anything else in sight. When she’s not tired or hungry, she continues to have such a happy, sweet disposition. Wynn is becoming a little chunk like her sister was, and we’re planning to stick to nursing until she turns six months, just to keep things simple.

We’re still going strong on buying the bare minimum for Wynn. She’s started to love grabbing toys, but we have several of Sally’s that are in great condition still. She’s also started using Sally’s old Jumperoo, so we haven’t had to spend money there, either. My advice to anyone who’s had one child and is thinking of having another: hold onto your stuff! It’s seriously saved us tons of money this go-around. This month we spent $35 on diapers and $21 on wipes. So our baby expenses total for the month comes to $56. We’re feeling pretty great about our baby spending this time around, which is nice since we have a second, older child to spend money on, too!

And now for my favorite part — here are a few pictures of our giggly, little four-month-old: We started tracking Sally’s expenses when she was four months old, so I’m looking forward to comparing the two from here on out. If you’d like to compare with me, Sally’s four-month update is posted here. 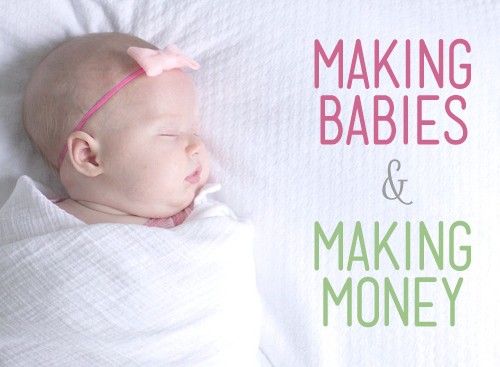