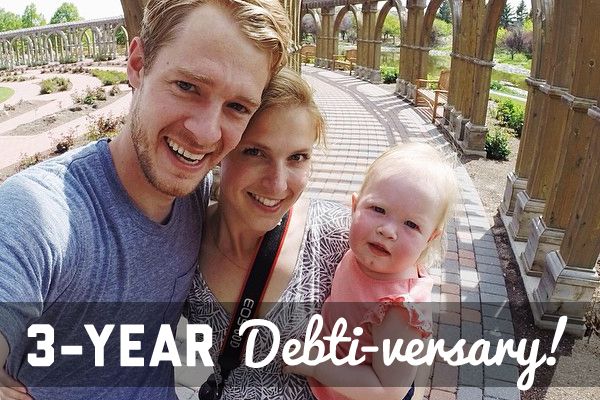 It was around this time three years ago that Johnny and I joined hands together, jointly extended our pointer fingers, and pressed “Submit” on our final debt payment. If all of that sounds kinda weird, it was. And I’m glad you didn’t see it. But boy was it exciting! And then after we pressed it… and the payment confirmation appeared, that was it. It was realllly anti-climatic. We were officially debt free, which was a really big deal, but nothing had changed. It wasn’t until the coming weeks and months that we realized what a freedom we felt from no longer having debt. I’m assuming it’ll be the same when I turn 30. At first I’ll feel no difference, and then gray hairs and wrinkles and poor taste in music will materialize in the coming weeks. That happens, right?

So today we wanted to share our thoughts on three years of being debt free.

First I want to go back to the very beginning, that fateful day when Johnny and I started paying off our student loans. It felt like an insurmountable task, one with no end in sight. And we didn’t even have that much debt — just $20k between the two of us. Initially we figured it’d take 5-7 years to take care of it. But instead, we planned and plotted out our debt snowball method to make it happen in two years and then got to work. Money was very tight for the entire ride, especially since we moved two times and lived in NYC and Boston during that time. But in less than two years, we destroyed our Debt Monster.

Fast forward to three years of debt freedom… how has it changed our lives? While we worked toward paying down our loans, we matched an employer 401k contribution, put away $300-$500 into savings each month, and had a $1000 emergency fund. And once all of the debt repayment was said and done, we’ve been able to do the following:

It’s crazy how much more we’ve been able to do with our money now that we no longer have that monthly debt payment. We’ve also seen some promotions and raises in the past three years, but I kind of killed most of that awesomeness when I quit my job in May :). Mostly, our ability to do more with our money has come from sticking to a strict budget and continuing to live with a money-saving mentality. We don’t know what the future brings, and we feel lucky to have been able to avoid the Debt Monster again up to this point. If and when life happens and our finances take a hit, we want to be as prepared as possible.

If you’re still trying to tackle your debt demons, your reading this is a testament to your likelihood of totally making it happen. If it’s on your mind, and you just can’t shake that feeling of owing someone else money, you are well on your way to debt freedom. Whether it’s $5,000 in debt or $100,000, all it takes is a plan and a resolve to stick to that plan. Before you know it, you’ll find yourself awkwardly clicking a mouse button with a spouse/boyfriend/girlfriend/cat and celebrating a debt-iversary on a random Wednesday, too. 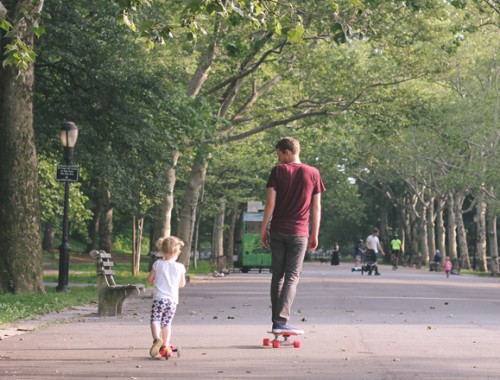 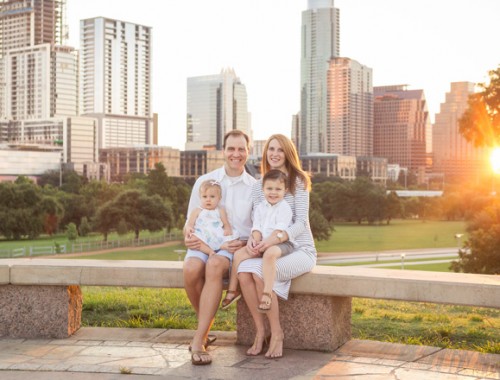 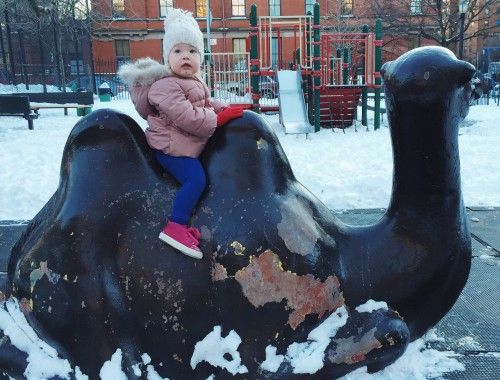